8:00am - 5:30pm
Opening hours Monday - Friday
610-436-0100
Call Us Today
Twitter
Facebook
LinkedIn
YouTube
Instagram
MacElree Harvey Offices
Home > What in the World is a Medical Malpractice Statute of Repose and Why Did the Supreme Court Decide It’s Unconstitutional?

What in the World is a Medical Malpractice Statute of Repose and Why Did the Supreme Court Decide It’s Unconstitutional? 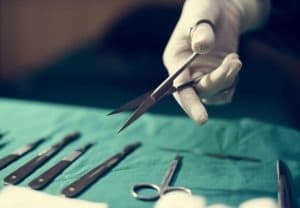 Recently, the Pennsylvania Supreme Court decided the case of Yanakos v. UPMC, which explains the Medical Malpractice Statute of Repose and holds that it is unconstitutional because it unfairly limits victims’ constitutional rights to compensation for injury without accomplishing an important government interest.

What is the Statute of Repose?

Statutes of Repose are like Statutes of Limitations for lawsuits. Both place time limits for bringing legal claims against alleged wrongdoers.

Statutes of Limitations begin to run after the cause of action has accrued, that is when someone knew or should have known that they were injured.  In the context of a Pennsylvania Medical Malpractice action, Statutes of Limitation take into account the fact that it might take some time for you to discover that you have been injured by a medical provider’s wrongful conduct.  In Pennsylvania, the Statute of Limitation for filing a Medical Malpractice action is usually two years from the discovery of the injury.

Statutes of Repose are more strict time limitations that are measured from the date of the defendant’s last culpable conduct, regardless of when the injury occurred or was discovered.  This can result in a victim’s cause of action being past the time limit even before the cause of action is known to the victim.

The purpose of the Statute of Repose is to have an outer time limit for lawsuits so that potential defendants cannot be subject to liability long after the wrongful conduct.  However, it can be harsh on innocent victims who are harmed by the conduct yet are barred from any legal recourse.

What is the Medical Malpractice Statute of Repose In Pennsylvania?

The Pennsylvania Medical Malpractice Statute of Repose is found in the MCARE Act and it provides that there is a seven (7) year time limit with only two exceptions, (1) injuries caused by foreign objects (like surgical tools or sponges) left in a patient’s body or (2) for minors (children under 18) who have seven years from the date of the wrongful act or until age 20, whichever is later, to file the Medical Malpractice claim.

What Happened in the Yanakos v. UPMC Case?

Susan Yanakos suffered from a rare genetic condition which damaged her liver and she needed a liver transplant. In the Summer of 2003, Susan’s son, Christopher, offered to donate a lobe of his liver to his mother.  Christopher underwent extensive medical evaluation to determine whether he was a suitable donor.  Part of the evaluation included lab tests at UPMC Hospital to ensure that Christopher did not suffer from the same genetic condition as his mother which, of course, would eliminate him as a donor.

The Yanakoses received no notification of unfavorable test results from UPMC or its doctors and went forward with the transplant.

In 2014, eleven years after the transplant surgery, Susan discovered that she still had the genetic condition, which should have been cured by removal of her damaged liver and transplant of Christopher’s healthy liver.  The Yanakoses also discovered that Christopher suffered from the genetic condition.  The Yanakoses filed suit against the doctors and hospital for Medical Malpractice for failing to disqualify Christopher as a donor.

UPMC defended the case using the Statute of Repose, because the suit was filed in 2015, more than seven years after the wrongful act that occurred in 2003. The Court dismissed the lawsuit and the Yanakoses appealed claiming that the Statue of Repose was unconstitutional.

What Is the Constitutional Issue?

The state of Pennsylvania’s Constitution guarantees its citizens the right to a remedy against wrongdoers.

Article I Section 11 states:  All courts shall be open; and every man for an injury done to him in his lands, goods, person or reputation shall have remedy by due course of law, and right and justice administered without sale, denial or delay.

Pennsylvania state courts and other courts have traced this right to a remedy all the way back to the Magna Carta.

Given this constitutional right to a remedy, the Pennsylvania legislature can limit the right only if the limitation is substantially related to achieving an important government interest.

Why is the Statute of Repose Unconstitutional?

In Yanakos v. UPMC, the Pennsylvania Supreme Court ultimately decided that there was insufficient evidence that the Statute of Repose achieved an important government interest.

The Hospital’s lawyers argued that the MCARE Act’s purpose was to control the costs of medical care and medical malpractice premiums.  However, the Court found that there was no real evidence that the Statue of Repose helped accomplish that goal.  In fact, the Court noted that less than 0.5 percent of all Medical Malpractice claims were reported more than eight years after the underlying occurrence. Consequently, the Statute of Repose was found to be unconstitutional.

With this ruling, Susan Yanakos’ case will now move forward in the Trial Court.

Tim Rayne is a Personal Injury and Medical Malpractice Lawyer who helps victims receive fair treatment and compensation from insurance companies.  For over 25 years Tim has been helping Medical Malpractice victims.  Tim has offices in Kennett Square, West Chester and Philadelphia Pennsylvania.  Contact Tim at 610.840.0124 or [email protected]

« Subject to Cross Episode 8: “Marsy’s Law: It’s Not What It Seems”
Discovery of Social Media in Pennsylvania: Be Careful What You Post Online »