On April 25, 2016, the United States Court of Appeals for the Second Circuit reversed the decision of the lower court and reinstated the four game suspension of New England Patriot quarterback Tom Brady arising out of the Deflategate scandal. Absent further appeal or a settlement between Brady and the NFL, Brady will be sitting out the first quarter of next season. Although as an Eagles fan I might be a bit biased, I believe justice was served. 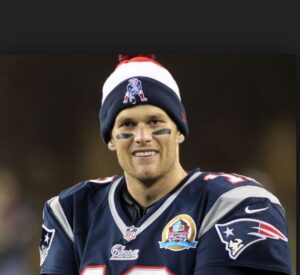 The Deflategate scandal began on January 18, 2015. It was the second quarter of the AFC Championship Game and the Patriots were battling the Colts to see who would advance to the Super Bowl. Colts linebacker D’Qwell Jackson intercepted a Brady pass and he felt that the ball was under inflated. D’Qwell informed his coaches who notified the referees and they checked the balls at half time finding that the Colts balls were properly inflated but all of the Patriot’s balls measured below the permissible inflation level.

Shortly after the game (which the Patriots won) NFL Commissioner Roger Goddell retained attorney Theodore Wells to investigate the issue of the deflated footballs.  Months and millions of dollars later, Wells issued a 243 page Investigative Report finding that it was more probable than not that Patriot employees participated in a deliberate scheme to deflate footballs and that Brady was at least generally aware of the actions.

The Wells Report laid out significant evidence in support of its conclusions including:

After the Wells Report was released Roger Goddell issued a four game suspension of Brady under the Collective Bargaining Agreement finding that Brady engaged in “conduct detrimental to the integrity of and public confidence in the game.” Brady appealed and an Arbitration Hearing was held involving nearly ten hours of sworn testimony and 300 exhibits.  Notably, just before the Hearing Brady destroyed his cell phone even though he knew the NFL wanted access to his texts, emails and phone records relating to Deflategate. After the Hearing, Commissioner Goddell released his Decision upholding the suspension.  Goodell concluded that Brady had participated in the scheme to deflate footballs and willfully obstructed the investigation by destroying his cell phone.

Brady appealed Commissioner Goodell’s decision to the United States District Court alleging that he lacked notice that he could be suspended for this type of conduct and that he had been denied fundamental fairness in the Hearing because he was not granted the right to call a particular NFL employee as a witness and was denied access to certain internal notes related to the Wells Report. The United States District Court Judge authored an Opinion agreeing with Brady and vacating the suspension. The NFL appealed.

In addressing Brady’s argument that he lacked notice that he could be suspended for this type of conduct, the Appeals Court found the NFL’s CBA granted the Commissioner broad power to take disciplinary action against a player whom he reasonably judges to have engaged in “conduct detrimental to the integrity of, or public confidence in the game of professional football.” Even though the CBA itemizes certain “Uniform/Equipment Violations” and contains a schedule of fines, the Schedule of Fines specifically states that “other forms of discipline, including higher fines and suspension may also be imposed, based on the circumstances of the particular violation.” Accordingly, the Appeals Court found that Brady had adequate notice that his conduct could result in suspension, not just a fine.

In addressing the concern of procedural unfairness from Brady being denied the right to call a particular NFL witness and not being given access to some of the notes in the Wells investigation, the Appeals Court noted that the CBA did not articulate rules of procedure for an Arbitration Hearing.  Absent rules in the CBA, such procedural matters are left to the discretion of the Arbitrator. Consequently, the fundamental fairness complaints did not form the basis for vacating the Arbitration Decision.

It remains to be seen whether Brady will appeal this decision, try to negotiate a settlement with the NFL, or just serve his four game suspension. An appeal is certainly possible, but I think it is unlikely that the legal fight will go beyond this decision. Technically, Brady could petition for a rehearing by the Appeals Court or file a Petition for the case to be heard by the United States Supreme Court, but I believe that this the end of the legal road for the Deflategate Case. 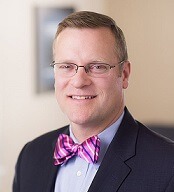 Tim Rayne is a Personal Injury Attorney practicing at the full-service firm MacElree Harvey, Ltd.  For over 20 years, Tim has been helping injured victims of accident receive fair treatment from insurance companies. Tim handles car, truck and motorcycle accident cases, slip and fall cases, medical malpractice and other personal injury matters. He can be reached at 610-444-3180 or [email protected].