By Ashley B. Stitzer, Esquire

In the recent decision of A.J.B. v. A.G.B., 2018 Pa. Super. 50 (Mar. 7, 2018), the Pennsylvania Superior Court addressed whether an ex-spouse of a same-sex marriage, who was not the biological parent of a child born during the marriage, had in loco parentis standing to pursue custody of the child.  Although the Superior Court addressed the similar issue of whether a former partner stood in loco parentis with the mother’s child conferring standing to seek custody in the recent decision of C.G. v. J.H., 172 A.3d 43 (Pa. Super. 2017), the Superior Court reached a different result based on distinguishing facts in the cases.

The A.J.B. v. A.G.B. appeal rose from two cases that were consolidated by the trial court for a hearing.  The first case was a divorce action between A.J.B. (“Mother”) and her ex-wife, A.M.B. (“Ex-Wife”) in which a consent order for custody was entered providing shared custody of the child.  Mother and D.K. (“Father”) each filed a motion seeking to vacate the consent order for custody.  In the second case, Father filed a custody complaint against Mother and Ex-Wife.  Mother filed a motion seeking to strike Ex-Wife as a co-defendant in the custody case for lack of standing.  After a hearing, the trial court granted Father’s motion to vacate the consent order and granted Mother’s motion to strike Ex-Wife as a defendant based on lack of standing. Ex-Wife appealed arguing, among other things, that the trial court erred in finding that she did not stand in loco parentis to the child to pursue custody.

The Superior Court distinguished A.J.B. v. A.G.B. from its holding in C.G. v. J.H., a case recently granted allowance for appeal to the Pennsylvania Supreme Court.  In C.G. v. J.H., the Superior Court affirmed the trial court’s determination that a former same-sex partner did not stand in loco parentis.  Although the child was conceived during the parties’ relationship and the parties lived together with the child for over five years, the lower court credited testimony that C.G. never agreed to have a child and merely tolerated the idea of J.H. having a child.  C.G. did not participate in educational or medical decisions regarding the child.  C.G. was not intended to be the child’s guardian if something happened to J.H. and acted more like a babysitter than a parent.  No formal documents existed indicating a co-parenting arrangement with the child, the child did not bear C.G.’s surname, and C.G. did not visit the child frequently and regularly after the parties separated.

The Superior Court also distinguished cases involving prospective adoptive parents, noting that the instant case involved Mother attempt in hindsight to expunge Ex-Wife’s relationship with the child, which was created and fostered by Mother prior to the child’s birth and continued by Mother for approximately a year and a half after birth.  In addition, Mother was the only known biological parent of the child until approximately 1½ years after her birth.  Once Father became aware of his paternity, he filed a custody complaint against both Mother and Ex-Wife and did not challenge Ex-Wife’s standing.  Finally, unlike prospective adoptive parents, whose intent by virtue of adoption is to completely supplant and oust the biological parents, Ex-Wife does not intend to completely supplant and oust Mother and Father. 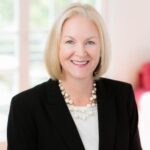 Ashley B. Stitzer is a family law attorney representing men and women in all aspects of family law matters, including divorce, alimony/spousal support, equitable distribution, and property division, marital agreements, child support and child custody. From custody disputes and support issues to complex divorce and property division, Ashley takes a direct, personal approach to resolving each client’s family law concerns and prides herself on being thorough, passionate and laser-focused on her clients’ needs. Ashley also has significant experience from prior practice representing businesses in corporate bankruptcy matters which she utilizes regularly in her representation of high net worth clients in divorce proceedings, including representations involving business valuation and employee stock ownership plans. If you’d like to schedule a consultation with Ashley, feel free to email her at [email protected] or call her at 610-840-0243.