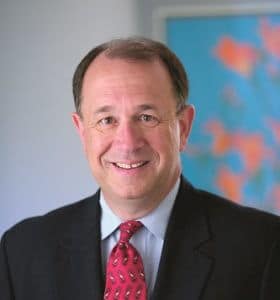 MacElree Harvey, Ltd. is pleased to announce that senior partner Louis N. Teti was recently named a 2016 Five Star Wealth Manager in the Philadelphia area for estate planning, as published in Philadelphia Magazine.

Five Star Professional “relied on one of three sources – firm nomination, peer nomination and prequalification based on industry standing – to identify award candidates.” Award candidates were evaluated against 10 objective criteria such as client retention rates, client assets administered and a favorable regulatory and complaint history.

Mr. Teti is an experienced attorney who represents individuals and businesses in a wide range of estate, business succession and tax planning matters. He speaks frequently on estate planning, tax planning, estate administration, and philanthropic planning. Mr. Teti has been named to the Pennsylvania Super Lawyers list every year since 2005 and has been consistently named one of the Main Line Today’s Top Lawyers. He is a Fellow of The American College of Trust and Estate Counsel (ACTEC). Mr. Teti is a past President of the Pennsylvania Bar Association and the Chester County Bar Association, a past chairman of the Disciplinary Board of the Supreme Court of Pennsylvania, a past chair of the Boards of Trustees of the Foundation at Paoli Hospital and the Chester County Community Foundation, and a past member of the Board of Trustees of Malvern Preparatory School. He currently serves on the Advisory Board of Bishop Shanahan High School. A graduate of Dickinson College (1972), Mr. Teti received his law degrees from Temple University School of Law (J.D. 1976, LL.M., Taxation, 1981).

Founded in 1880, MacElree Harvey is a full-service law firm with offices in West Chester, Kennett Square, Doylestown and Centreville. MacElree Harvey was recently listed as one of the 100 largest law firms in Pennsylvania as reported by The Legal Intelligencer. The Firm serves clients in over twenty-five areas of law. To learn more about the legal services the Firm provides, click here.