Are Lost Profits Recoverable under the Miller Act? 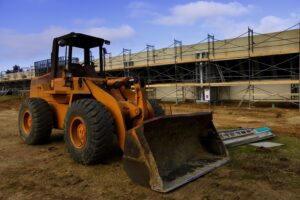 “The Miller Act represents a congressional effort to protect persons supplying labor and material in a federal public building or public work projects in lieu of the protection they might receive under state statutes with respect to non-federal projects.”1 The Miller Act requires that before any contract of more than $100,000 is awarded for the construction, alteration, or repair of any public building or public work of the Federal Government, a prime contractor must obtain and furnish a performance bond and payment bond to the Federal Government.2

The Miller Act creates a private cause of action (in the name of the United States for the use of the person bringing the action) for every person that “has furnished labor or material in carrying out work provided for in a contract for which a payment bond is furnished under [S]ection 3131 … and that has not been paid in full within 90 days after the day on which the person did or performed the last of the labor or furnished or supplied the material for which the claim is made….”3

In the case of Transamerica Ins. Co., for instance, the court held that a “party can recover lost profits if the lost profits can be established with reasonable certainty.”4 The case of United States ex rel. Reichenbach v. Montgomery, which is a case from the Federal District Court for the Eastern District of Pennsylvania, similarly held that subcontractors were entitled to the reasonable value of labor and materials furnished including subcontractors’ profit.5 This is good news for subcontractors furnishing labor or materials for public projects in the Philadelphia area.

Conversely, however, in the case of Consolidated Electrical & Mechanical Inc. v. Biggs General Contracting, Inc., the Eighth Circuit joined the Fifth, Ninth, and Eleventh Circuits in holding that “the Miller Act does not contemplate lost profits.”6 The court in Consolidated Electrical & Mechanical, Inc. reasoned that “[t]he Miller Act was not meant to replace subcontractors’ state law contract remedies, which allow for recovery of lost profits. Rather, it provides subcontractors an additional remedy to recover costs expended in furnishing ‘labor or material in the prosecution of the work provided for in [a public construction] contract.’ ”7 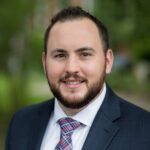 « MacElree Harvey Announces Newest Shareholder: Marie I. Crossley
Digital Assets – You Can’t Take Them With You »