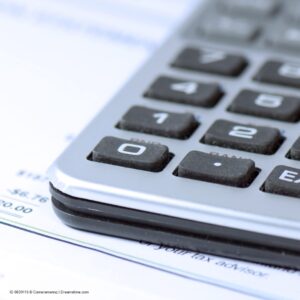 In Hanrahan v. Bakker, the issue before the Court was whether child support guidelines account for the reasonable needs of the children of high-income households and whether a discrete analysis of those reasonable needs by an independent factfinder is improper; the Court held that it is not improper to evaluate the specific needs of children of high-income households.

In Hanrahan, the father’s 2010 support payments were approximately $3,700 per month; by 2013, due to a substantial pay increase, his payments rose to a significantly higher amount per month. The lower courts rejected the father’s claim that the courts were required to conduct an analysis of the reasonable needs of his children and concluded that any such analysis had been eliminated from the child support guidelines. The lower courts relied on the Explanatory Comment and Ball v. Minnick, – a standard, non-high-income support case decided by the Supreme Court some time ago.

The Explanatory Comment states that there are universal guidelines for determining child support, and all child support cases are to receive similar treatment in their calculation. The Comment also states that “high income” child support cases will no longer be decided pursuant to Melzer v. Witsberger. In an effort to bring uniformity to support cases, the Supreme Court held that courts were to first engage in a discrete analysis to determine the essentials needs of the child(ren) to maintain an established lifestyle and then potentially allow for additional nonessential expenses.

In Ball v. Minnick, the Supreme Court stated that the rules make it clear that the amount of support as determined from the support guidelines is presumed to be the appropriate amount of support. There is a strong presumption that the payment is not only an amount the paying parent can afford but is reasonably necessary to further the child’s welfare. As the Supreme Court in Hanrahan properly noted, Ball is only meant to affect standard income support cases and is different from this case.

The Court held that even though high income cases are no longer decided according to the standards in the Melzer case, this did not mean that courts were prohibited from engaging in additional analysis. High-income support is not actually tied to any economic data estimating the reasonable needs of children living in high income households and by using reasonable discretion, courts should engage in additional scrutiny on a case-by-case basis to determine the needs of the children in these high-support situations.

This case will have no impact on cases where the parties’ CMNI is less than $30,000. However, in cases where the CMNI is above $30,000, courts can give greater weight to the deviation factors that will lead to less uniformity in determining support. Additionally, the receiving parent will now bear the burden of demonstrating that they deserve the amount provided for through the guidelines, as it is presumed that support amounts recommended in established guidelines are now excessive. The receiving parent should be prepared to present extensive and detailed evidence demonstrating that the amount provided for is the actual amount necessary to further the child’s welfare and lifestyle.

Like the families we serve, matters of family law come in all shapes and sizes—and our Pennsylvania and Delaware Family Law attorneys are equipped to manage and resolve a variety of legal issues. Our attorneys cover all aspects of family law, from drafting prenuptial agreements before parties marry to negotiating divorce settlements when a marriage ends, as well as helping parents resolve child custody disputes. Learn more about our family law practice.